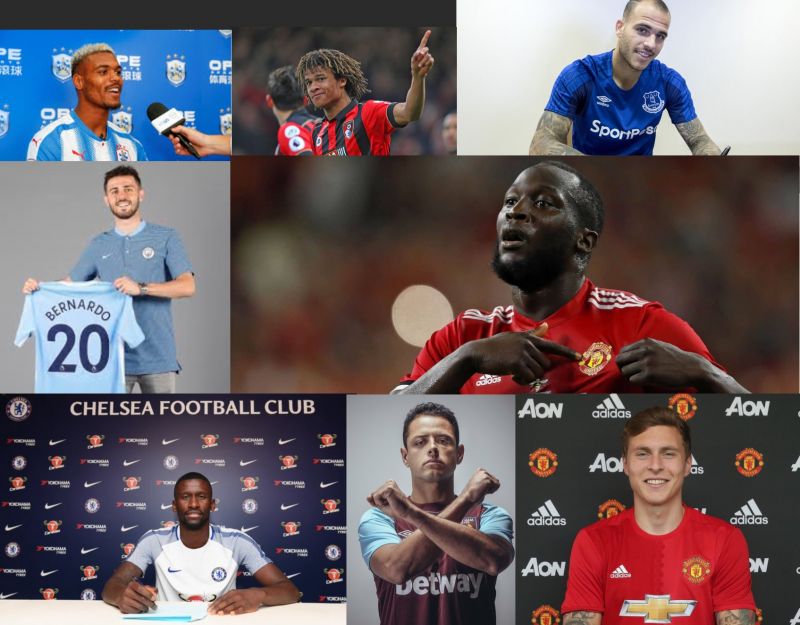 Hello and welcome to my newest article which I hope will spark a mass discussion between us members here today. As I have way too much time on my hands, I have decided to have an in-depth look at the current Summer Transfers that have occurred since the window opened. This won't be any simple judgement however, as we will look at stats, what it means for current players at the club, the shockwaves of the challenge, what it means for budgets and the roles and formations managers could play these players in. Of course, it will be FMM based. So, without further ado, let's take a look at some simmer transfers! (Like the graphics I made? 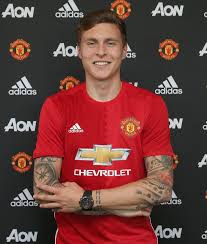 Typical of me to start with a United player

Victor Lindelöf was signed from Benfica in Mourinho's first summer recruit after United's dissapointing league Campaign. At the start of the game, he has a magnificent 15 Tackling and 16 Positioning, which are stats that emulate former United legend Nemanja Vidic. The signing of the young Swede is a smart one by Mourinho, as he looks to connect him with our other young CB Eric Bailly, who is shown below: 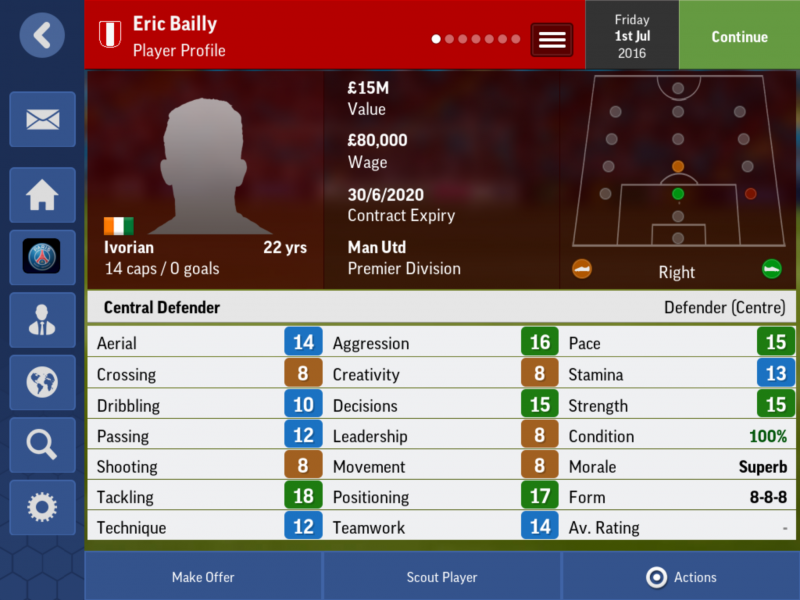 Lindelöf & Bailly suit each other perfectly, with the strength of Bailly and the creativity of Lindelöf fitting together like a puzzle. Both players are extremely young, and their partnership could be crucial to any future success United get. Mourinho's style of football could see Lindelöf deployed as a more advanced CB, similar to the BPD role we are all so accustomed to in the game, with Bailly a more natural CB who sticks to the basics and covers for Victor during attacking plays. Here is how we could see the 2 deployed this year in Mourinho's team, and how you could deploy either of these players: 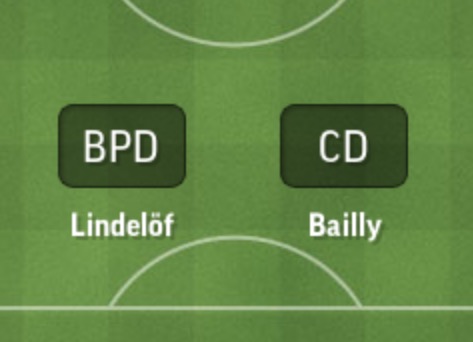 This would work well in an Attacking set-up, as we could see at Old Trafford this year with the arrival of Lukaku. Lindelöf moving forward to intercept, create and support the midfield whilst Bailly covers and cleans up any mess that occurs. One problem the arrival of Lindelöf could cause is where Smalling will For into the side, as he accompanied Bailly last year, what will happen to him? West Brom have reported interest in the Englishman after the injury to their main target, Ben Gibson, and with Blind, Fosu-Mensah, Williams, Jones & Tuanzebe all available for cover, could it spell the end of his time at Old Trafford? 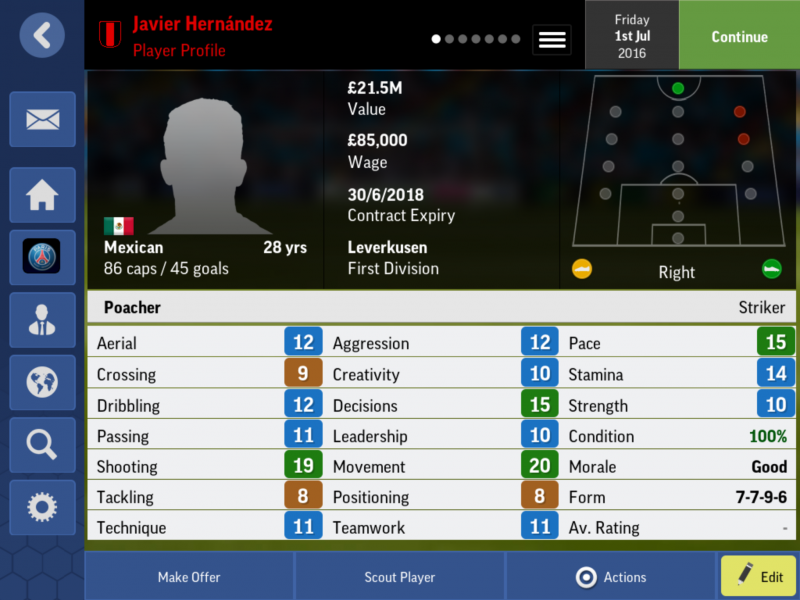 Another player with links to United

Chicharito has made the move to London after an impressive season with Leverkusen in Germany, and it's not hard to see why the Hammers plumped for him. An impressive 19 Shooting, 20 Movement and 15 Pace show why the 'Little Pea' is such a lethal threat and considered so highly in and around European football. West Ham have been on the hunt for a striker for years now, so the fact they have nabbed one of Europe's top Hitman, supplied by such attacking talents like Lanzini and Feghouli could be considered the coup of the season. How will Hernandez fit into the system of Bilic then?

Here is how we could see West Ham line up next year. Lanzini, who is a similar player to Coutinho, will likely cut inside and shoot or lay off the Mexican Hitman. On the other side of midfield, Feghouli will look to receive the ball from midfield and play it over the defence into our striker, or run at the defence and whip a cross in for a potential volley. Obiang will act as a Advanced Playmaker, but with the defensive responsibilities aswell, looking to provide for the wingers and striker himself. This could be a good way to line up on next year's version of the game, or even in your very own Hammers career. Let's take a look at the men supplying Hernandez next year.... Feghouli could be key in the introduction of Hernandez into the Premier League, with his 15 Technique and 14 Crossing making him a tricky target for wingers. His Pace will make him run at the defences, which could see many through balls played into the Mexican. 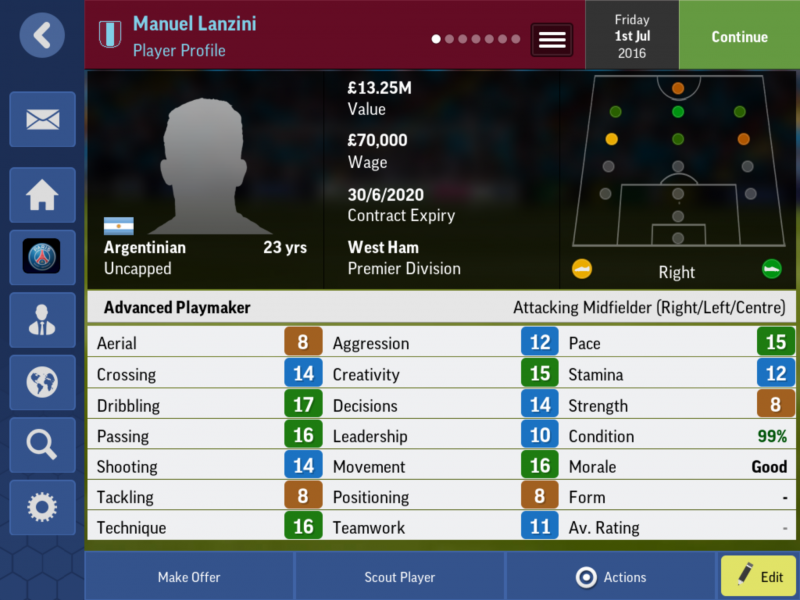 Lanzini is the complete opposite to Feghouli, with his tricky footwork and eye for a killer pass making him a dangerous creator against any defence. His Creativity and Passing mixed together could be a dream come true for Chicharito as he looks to get on the end of passes and run at the defences.

West Ham were desperate for a hitman, now they have too many. The arrival of Chicharito could well see Enner Valencia depart the London Stadium after his massively dissapointing loan spell at Everton, whilst Diafra Sakho will find it hard to get himself back into the starting 11 with Carroll & Hernandez ahead of him in the pecking order. It could be a good season to be a Hammers fan. 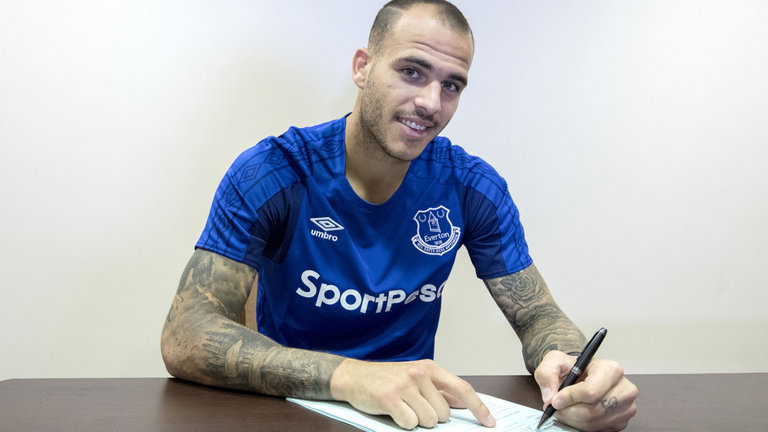 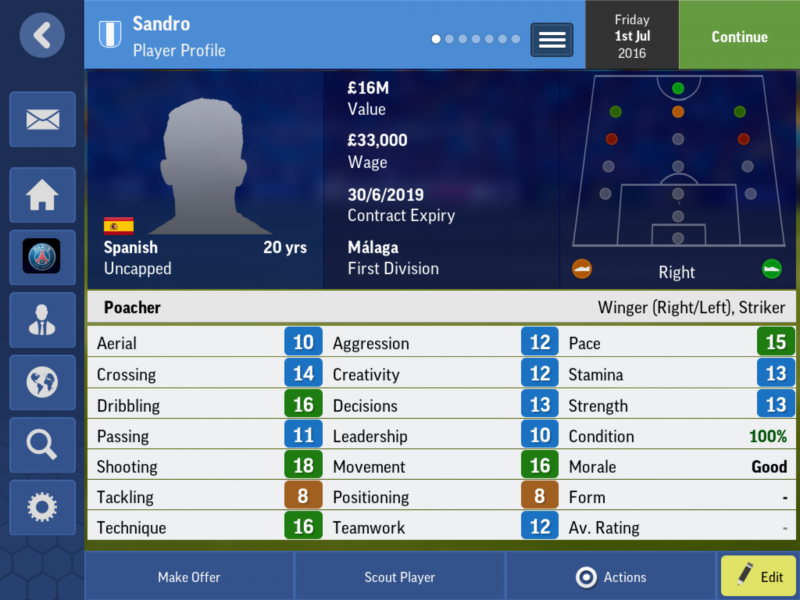 Everton have rocked the window so far, and Sandro is one of their best deals to date. His incredible attributes and statistics from last seasons Spanish Season show why he was a sought after talent. His stand out stats include 18 Shooting, 16 Dribbling, Technique and Movement and 15 Pace, making him an incredibly mobile and lethal finisher, capable of replacing Lukaku, who recently moved to Manchester United. The recent arrivals of Dutch Playmaker Davy Klassen and English creator Wayne Rooney, Sandro looks set to have plenty of creative support during his first year on Goodison.

Everton's lack of Strikers means that Sandro will have a good chance of taking the N.11 spot on the team sheet this year, with his only main rival being Kevin Mirallas....

Calvert-Lewin & Lookman are, despite their U-20 World Cup win, too inexperienced to lead the line for the Toffees, whilst Mirallas will be preferred out on the wing as cover for the creative force of Yannick Bolasie, leaving Sandro as the main attacking option for the start of 2017/18. However, Koeman stated in a Press Confrence that he is looking for a potential new forward to rival Sandro, leaving doubts as to how much he will feature if a deal does go through.

The main question is however, how quickly will the Spaniard settle on Merseyside? Let's take a look at how he and his team-mates fit together, if they do at all.... 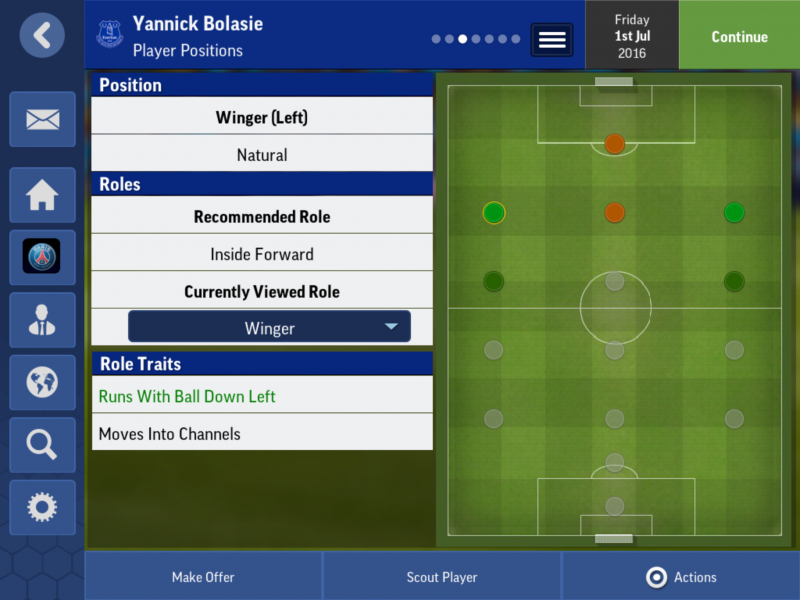 Bolasie is a very explosive player, with his immense pace and technical ability making him a threat to any full-backs. His ability to Run With The Ball Down The Left could be key as he whips in crosses and finds space to cause catastrophe. He also tends to Move Into Channels, which will be good for Sandro as Bolasie focuses more on creating than scoring. Let's see how the midfield will help him out. 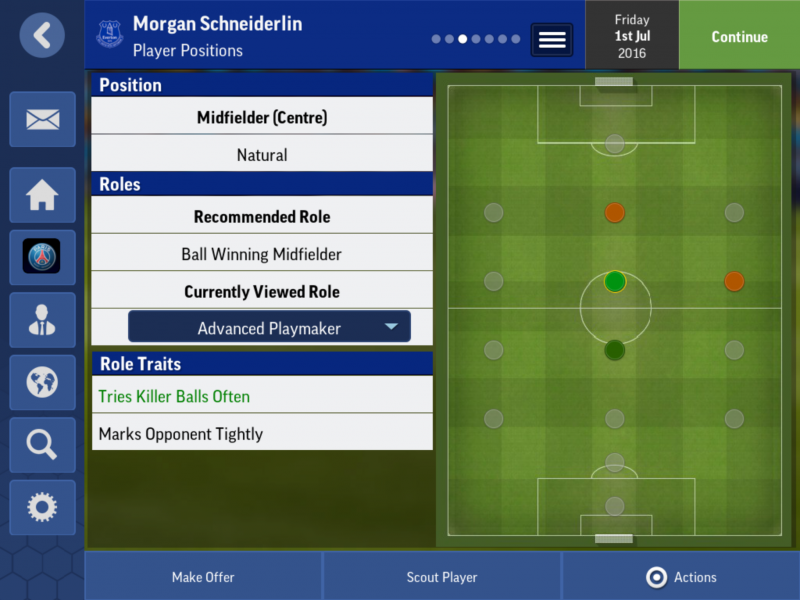 Schneiderlin is a fantastic ball-player, which is shown with a move to United earlier in his career. His tendency to Try Killer Balls Often means Sandro will be running through defences lots in order to pick up the ball and, hopefully, bury it into the net.

Thank you all so much for reading, this may be the most in-depth I've gone into an article before, so I really hope you enjoyed it. I will likely do another of these as I understand I only covered 3 transfers here, but it took a good 2 hours and I'm on holiday. Anyway, hope you enjoyed and thanks for reading!