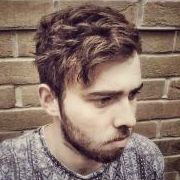 So as we wave goodbye to the sleepless nights, spent turning our pillows, and start to dig out those horrendous knitted jumpers gifted from the gods that are our parents' parents, we all find ourselves coming together for one very important reason. The new season is well underway, which can only mean one thing. This season's addition to the Football Manager Handheld series. With many different debates, from what new features we would like to see, to who will be the next big Wonder kid, we find ourselves in the same annual dilemma of 'Who will I manage first?'. Now we have all experienced the frustration of spending hours and hours just getting through the first transfer season, just to decide we want more of a challenge, or we want to manage in Spanish football, and with hundreds of teams to choose from, we can find ourselves in a bit of a pickle. Do I jump straight into the hot seat of a European giant, and begin fighting off Manchester City for any player with more than 5 greens? Do I take on the role of a proven, mid-table top division club, and turn them into the next big thing? Or do I take on the ultimate challenge of a low-tier team or unemployed, and work my way up to the Hall of Fame. In this article we'll be exploring 6 great teams to start with in FMM2016, for a career mode that will keep you on your toes.

So you want to jump straight into the hot seat of a team that would probably be better off without your managerial skills, so you can throw them into the water and sell off your top 3 players in a bid to try and raise enough funds to sign Ronaldo or Messi? Then Bayern Munich are the team for you. With the arrival of Vidal and Douglas Costa, to replace the departed Schweinsteiger and Shaqiri, there isn't really much you need to do to challenge for the league and and European Cup. With plenty of funds, and a ready made world class squad, Bayern Munich are the perfect team to play around with while you get used to the game.

Barcelona are a first choice for many fans around the world. They are a top club, with a solid structure. Finances are of the essence, and the youth network confirms the longevity of class that Barcelona will have. With players like Leonel Messi, Neymar and Arda Turan, its hard to say how you could possibly improve the squad, but fending off Madrid for the title season after season, aswell as challenging for the European cup, will see that you build on squad depth, or pay the price in tears. Nevertheless, many fans enjoy long careers with Barcelona, and it is one that will keep you on the edge of your seat til the last game of the season!

So after selling off a fair amount of dead weight, and a 'slightly deteriorated' Di Maria, United have made signings that would put a smile on the face of every Football Manager fan. The likes of Martial, Depay and Schweinsteiger leave only a few gaps left to fill in the team, and with the backing of the board, you will see plenty of funds made available. Manchester United are trailing behind other top teams in England, which makes them a great team to start with, if you want to be a top club, with a little more of a challenge. Be prepared to shed a lifetimes worth of tears though, as you watch Manchester City approach every player you set your scouts on!

So you decided that starting out as a giant is just too easy. You've done it all too many times, and lose interest by the start of the third season. You want a challenge, but you don't want to spend the next three months of your life getting your team to an average of '5 greens per player'. Newly promoted Real Betis have a great squad of players, they are financially stable, and if you don't play your cards right, you could find yourself either in the job centre or in the Spanish Segunda by the second season. If you can get through your first season, you will reap the rewards, as you begin to build on the talent of your squad, and begin to raise your aims to the silverware of La Liga and Europe. A career with Real Betis will definitely keep you entertained for ten plus seasons.

So finally after seasons and seasons of financial struggle, and almost even dissolving, Portsmouth FC have finally regained financial balance. If you are looking for a challenge of a career that will last until the next version of FMM comes out, then Portsmouth is for you. With a massive history, and a huge fan following, Portsmouth are a team that can, and should be taken back to the riches of the English Premier League. The question is, do you have the skills? Do you have the patience? If so then a career with Portsmouth is one that will keep you excited in the long run.

So many of you will be asking yourselves right now, "How can a career in Scotland be hard?". I want to introduce you to Queens Park FC, an amateur team in the Scottish Third Division. So in essence once you get to the top flight, it probably wont be that hard, apart from the constant painful fight against Celtic for first position. But getting to the top will be an interesting journey, and will take great managerial skills. With the clubs prestige being the lowest in the nations top leagues, you will struggle to bring any player worthy of a trial at a team in Englands Conference North League. I can say however, that for the patient manager, who puts as much effort into his management as he can possibly give, you will have a very long, enjoyable career.