Some of these are originally from pro PC version of FM but still useful to us FMM21 players.

This guide is not only for beginners but also for the pros. I compiled some mistakes that I often saw players doing. Lets head to the first one: 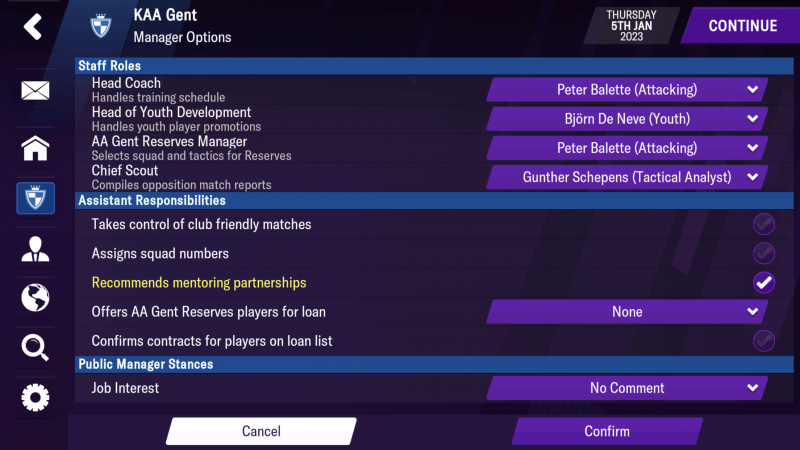 I’m really sure lots of you actually do this but trust me you won’t get the best out of training with this method. Training on FMM is very easy it won’t take much time to setup. Spend 6-7 minutes setting up your players training and the result will amaze you. 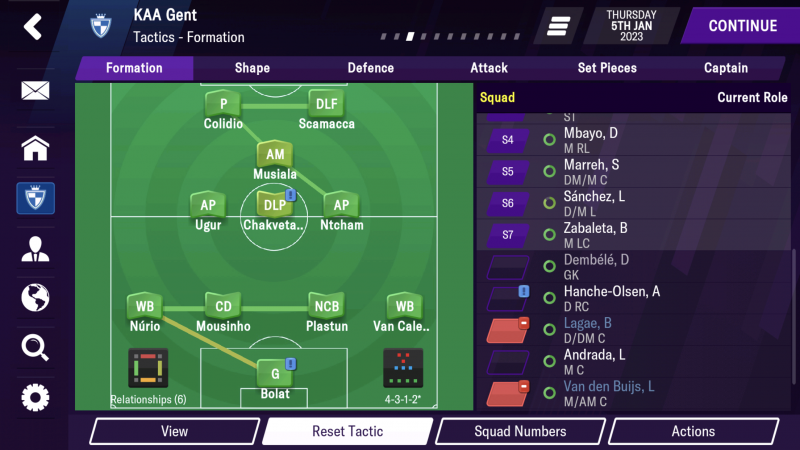 At first sight it’s a normal 4-3-1-2 but as you notice there’s 5 playmakers in the team. Having too many playmakers means they will all start to control the game and what happens when everyone trying to lead the team? They tremble.

Instead try to have only 1-2 playmakers. This for example: 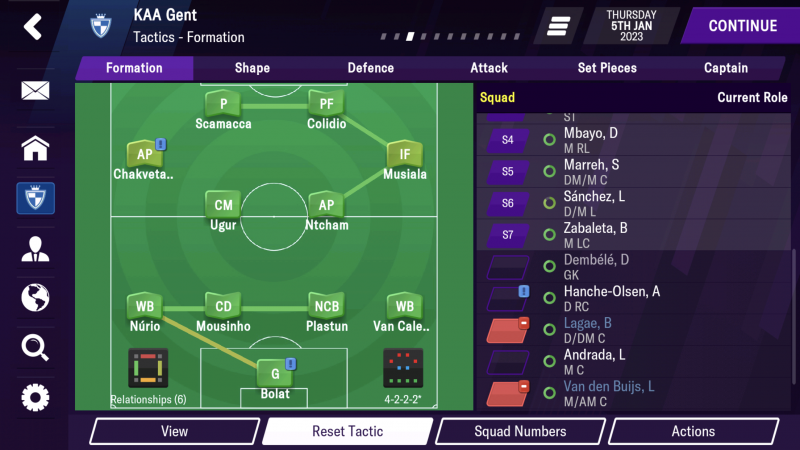 I got 2 playmakers, one at the central midfield position and the other at left wing position.

Playmaker roles are: Libero, Depp-Lying Playmaker, Roaming Playmaker, Advance Playmaker and Deep-Lying Forward. Try to avoid having more than 2 of these roles.

#3 Instructions contradicting each other

This mainly due to poor choice of tempo 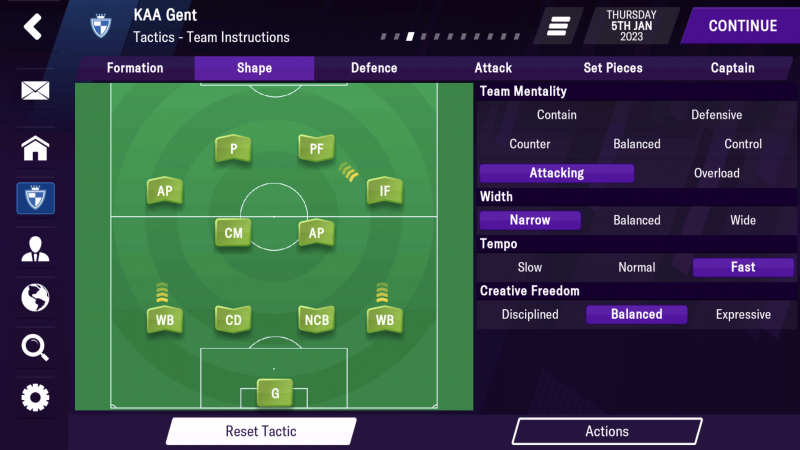 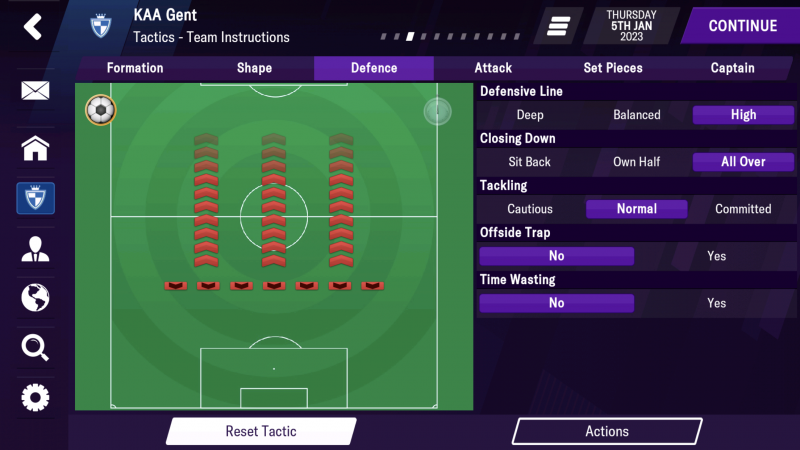 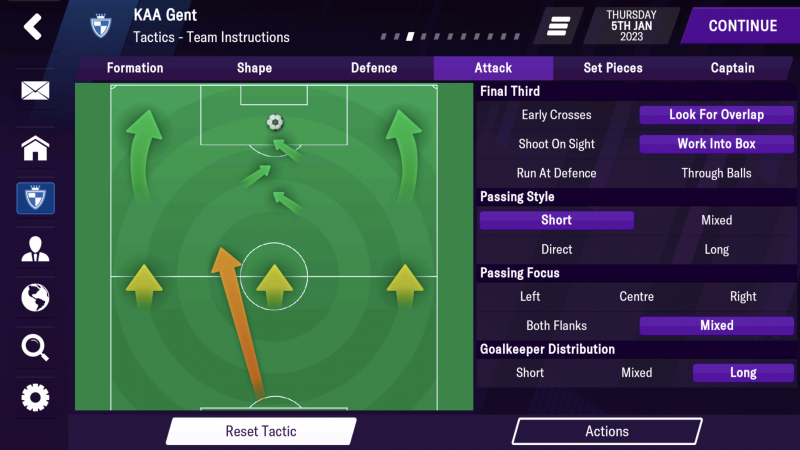 Use this instructions for example. As you can see I ticked Fast tempo but also ticked Look For Overlap and Work Into Box.

People often get confused with these two attacking instructions. Look For Overlap doesn’t mean it instructs your team to do overlaps but instead your players will slow down the game and wait for possible overlap as much as possible while Work Into Box means your team will pass around as much as possible to find openings to get into the box.

As you can see it doesn’t mean that ticking both options make your team to do no overplaps or to stay outside of the box. Both instructions slow down the pace of your build ups which means pairing them with Fast tempo would start to contradict. Instead it’s better to use Slow tempo as it would helps your team to be more patient to look for possible overlaps or opening to get inside the box.

Other contradicting instructions are Fast Tempo and Run at Defence. Basically a fast tempo means how fast you want a player to release the ball as soon as he receives it. Having Run At Defence ticked on means he’ll hold the ball a lot longer.

Another instructions problem. Refer the Screenshots from no. 3 you can see I set my team to have high defensive line and goalkeeper to do long distributions. Logically they complement each other right? Well not really... Here’s a thing you don’t know. The distribution aren’t only during goal kicks but also whenever the goalkeeper have the ball. So lets say you got a group of short midfielders, and your goalkeeper launch the ball long what would happen? The opposition would easily counter you since your midfield’s weak in the air. So even if you have High or Deep Defensive Line, look at the outfield players’ ability. Set it at Mixed if you’re not entirely sure what to use. 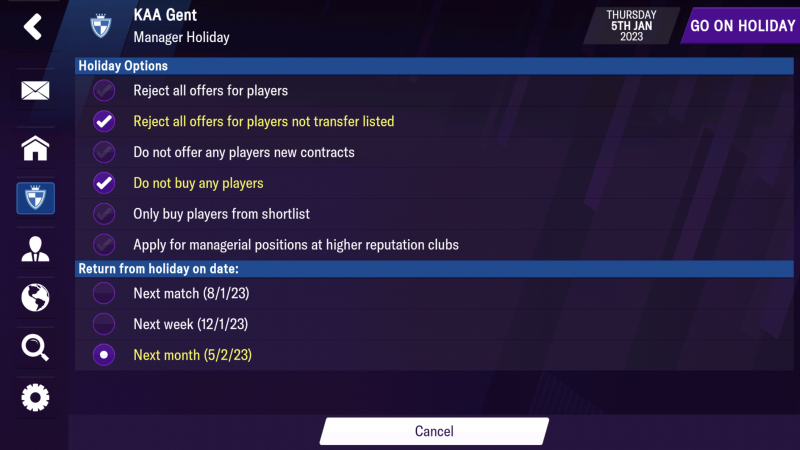 Recognise these options? I’m sure most of you do. Ever make a tactic then went on to holiday for the whole season up until the Champions League Final and noticed that you eliminated Chelsea and Liverpool in the Group Stage, trashed Real Madrid in the Round of 16, PSG in the Quater Final, Bayern Munich in the Semi Final but for some reason when you play the Final by yourself, you lost 5-0 Atalanta that got lucky to win against Sevilla on away goals in the Semi Final? Well it’s because Holidaying results don’t have anything to do with your tactic. It’s mostly how good are your team compared to the others. So don’t be lazy, play slowly 10-15 matches to try your tactics. Also please never post holidaying results in the Tactic Section. There’s a lot of beginners out there looking for tactics.

I hope this would be useful for everyone. I might add some more in the future but it’s 5 for now. Cheers