How the AI thinks 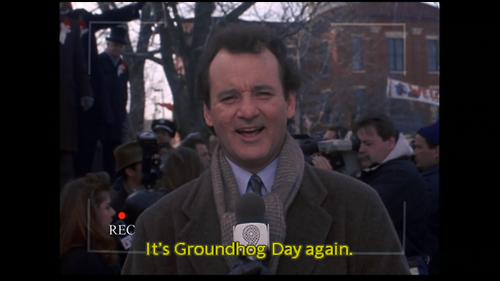 It's a really good movie! The plot revolves around this guy, who starts re-living the same day, over and over again. You should definitely watch it if you can!

This concept can be applied to FMM18 as well. Normally, it's called cheating - reloading a save, specially when things don't go your way

However, it is a very powerful tool to use when trying to understand the game. To answer many what if questions:

You get the drill.

Still, replaying the game one time will not necessarily give you all the answers you want. There's a lot of random outcomes in each game, and even if you play the same tactic, with the same players, you will get a different outcome most of the time.

How do I know that? Well, By playing the same game ten times over!

Why to play the same game over and over again?

But keep reading - I discovered other things! After playing a few games, I got answers to questions I was not asking. For example:

Sounds quite interesting, right? (I hope so!)

All that said, I have not looked into individual player's performance - sorry! That would be soooo much work. Read: maybe another time

Analysis: Overall, not a bad showing for Bournemouth. Given the odds of a Bournemouth win were 4.00 - which converts to a 25% probability of winning - a 40% winning ratio would mean that the bookies would lose some money overall

Analysis: Quite a high-scoring affair in general, to be understood in more detail soon!

Analysis: A 14% variation from the worst to best, highly dependent on the game circumstances. Overall, a 49% average.

Analysis: Also, a large variation depending on each game, even though the same tactic was used by each team every time. Points to highly circumstantial in-game events.

Analysis: I never quite understood how chances are calculated in game, so I can't read much into this.

Analysis: A 13% variation from worst to best in both teams, with roughly the same players. Is that a lot? Leave your opinion below

Analysis: The crossing data is a bit more interesting than the passes. It makes you believe that Bournemouth is slightly better at crossing, but it also shows way more variation game-by-game. It may vary more than passes due to the fact that there are fewer crosses each game.

Analysis: Anyone know how this correlates with real-world data? It seems to be very high in my opinion! Actually, Bournemouth went to games without missing a single tackle! Impressive!

Analysis: Now it is obvious that Leicester is much better on the high balls. The game analysis duly noted that Bournemouth strikers struggled to win aerial duels in 6 of the 10 games. Big variation from game to game, but overall consistent with the players' heading ability.

Analysis: Leicester tends to be offside more often. Can't pinpoint a definite reason: it could be the style of play or the attacking mentality.

Analysis: Bournemouth plays rougher - they have to. May indicate worse players at tackling.

Analysis: Very balanced between teams, not much to read here.

What have we learned so far?

Well, the game seems pretty random, no? 4 wins from home, 5 from away in 10 games where the setup was almost identical. A lot of the stats had quite big differences from game to game, and both teams seemed quite equivalent in a lot of things (except tackling and heading). So does it mean that whatever we do, it will not really affect the outcome? Is there any point in playing this?

Calm down José, the most interesting stuff comes soon!

We are definitely missing something - that's why I give you the Detailed game-to-game Analysis!

If you're still here, you are in for a treat! I have followed closely the tactical changes in the AI throughout every game, so let's check it out!

Wow, that was a lot to take in, wasn't it. So, what have we learnt:

That was much longer than I planned

I hope this can help you all to realise that the AI is not a static machine. It reacts to the game, and so should you. Don't be afraid to use Counter when the AI get desperate, or to even resort to Contain to maintain a lead.

The AI is not as predictable as I thought, the Mahrez-Gray swap was quite cool to witness! And it has nuances to its decisions, just like a real footie manager.

Thanks and it is nice to be back!