I dont think its dead at all tbh. Community has been pretty steady with some new members joining in. Vibe is as strong as ever! 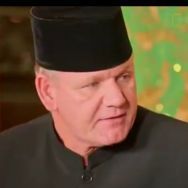